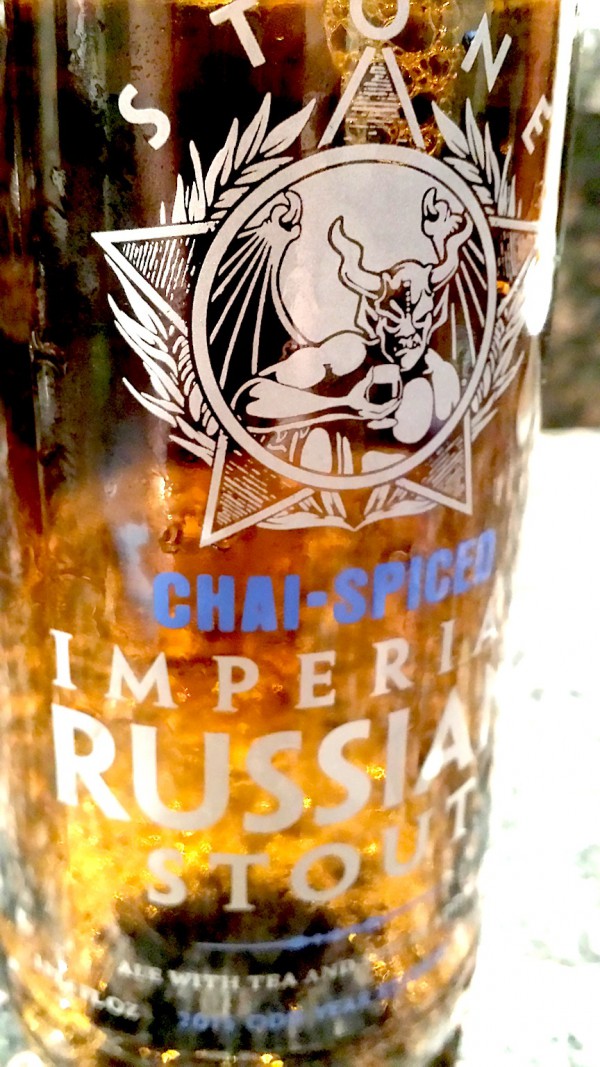 A few years ago, I was in Starbucks and ordered a iced chai tea – and I guess that I did the unspeakable and mispronounced it as “Kai”. The snooty barista is quick to respond – would you like a “Chi”? Just to get under his skin I say “yes, I’ll have a Kai”. What size “CHI” will you have (obviously emphasizing the “ch”)? I’ll have the grande “KAI” thank you. Would you like something with your “CHI”. No just the “Kai”. Your CHI will be ready in a minute. Hopefully, he didn’t spit in my cup.

I like chai and from time to time, I’ll enjoy either an iced version or a chai tea from a tea bag. I also dig the creamy instant Chai from Trader Joe’s when I need a sugar boost. Chai is a blend of basically five spices: cardamom, cinnamon, ginger, peppercorns and sugar. Certainly sounds like it could be an interesting accent to a very good Russian imperial stout.

This Chai-Spiced Russian Imperial Stout is part of Stone’s Odd Beers for Odd Years. Frankly, it takes only a couple of sips to determine that this stout has taken a good thing and gone way, way too far with it. The chai spices obliterate any of the stout’s characteristics. My high expectations just vanished into the ozone. This Chai-Spiced Russian Imperial Stout just isn’t my cup of tea – 83 points.

Read my thoughts on