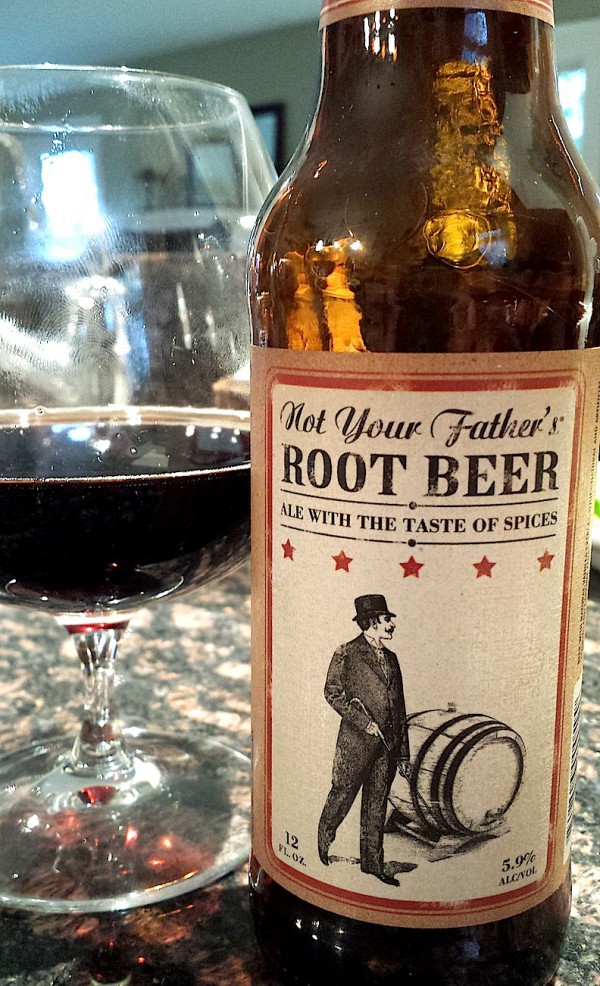 Not Your Father’s Root Beer by Small Town Brewing

A text to my sister-in-law in Pennsylvania led to her sending her boyfriend off to The Beer Store in Southhampton to nab me a case of this — well — beer. The brewer was at the store and he was pouring samples for the customers of this unique brew that apparently tastes more like root beer than beer. I love root beer so this certainly piqued my curiosity. Based on the sample, the advance scouting report from my sister-in-law’s boyfriend was – “well, it’s interesting”. Oh boy, maybe it’s just bad beer covered up with some semblance spices.

I guess technically, Not Your Father’s Root Beer is brewed like an ale and that ale is amped up spices out the wazoo. Enough wazoo packing spices that it resembles more soda than beer. At 5.9% alcohol by volume this aligns with an average pale ale or sessionable ale.

My fears of an odd tasting beer were quickly allayed after I took my first sip. It is absolutely delicious. It tastes exactly like a root beer heavy on the birch flavor and low on that fructose liquid artificially flavored root beer we buy in two liter bottles. This truly is a replica of an old-fashioned root beer and has a syrupy sweetness to offset the woodsy spice flavors. I’m also not sure what to do with a score for this ale. It is excellent and I guess I’ll stick with just calling it as I taste it and I’ll happily put Not Your Father’s Root Beer at 93 points.

One good turn deserves another. I enjoyed this alcoholic soda deal so much with my experience with Not Your Father’s Root Beer that I went back to the store to pick up a single bottle of this alcoholic ginger ale by Scottish Brewer, Crabbie’s. I’m finding the same authentic flavor. Not sickly sweet like the two-liter cousin. This has spicy, real ginger flavor. A bit more carbonation than the root beer but not a lot. I like this one a lot as well – 92 points.